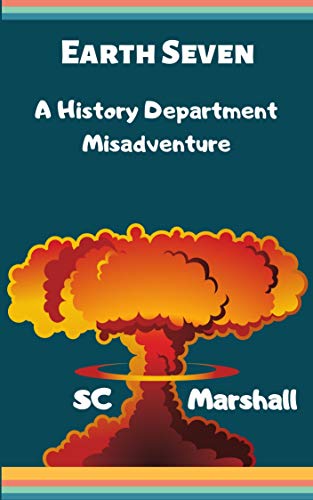 Welcome to the universe after we finally conquer the urge to blow it all up.

But even a universe at peace is still a dangerous place.

It’s the sort of utopia we all dream about. Well almost, if it contained a probability calculator and teams of well-meaning assistants and assassins.

Physics Professor Antino Klept is missing. His latest experiment may put the Andromeda and Milky Way galaxies on a collision course (currently a 38.2% probability).

Meanwhile a primitive planet in contact quarantine has started using advanced comms technology. Not what we expect from a planet with only a medieval civilization.

Allor found a crashed spaceship a long time ago. It has taken him years to understand just a fraction of the technology he recovered. But his persistence has paid off.

He heals the sick with alien technology.

He flies across the sky as if by magic.

He even has an interstellar drive but believes it is a weapon.

And his mother has created a religion to worship him. Oh dear!

Allor is on the cusp of uniting Earth Seven under his rule. But the cost could be high.

How many would you kill to end all war?

Koven isn’t the best person for the job.

He’s the only one left.

Everyone else is looking for Prof. Klept.

Can Koven recover the lost technology?

Will Allor stop him and finally end centuries of war?

Find out now, before it’s too late.